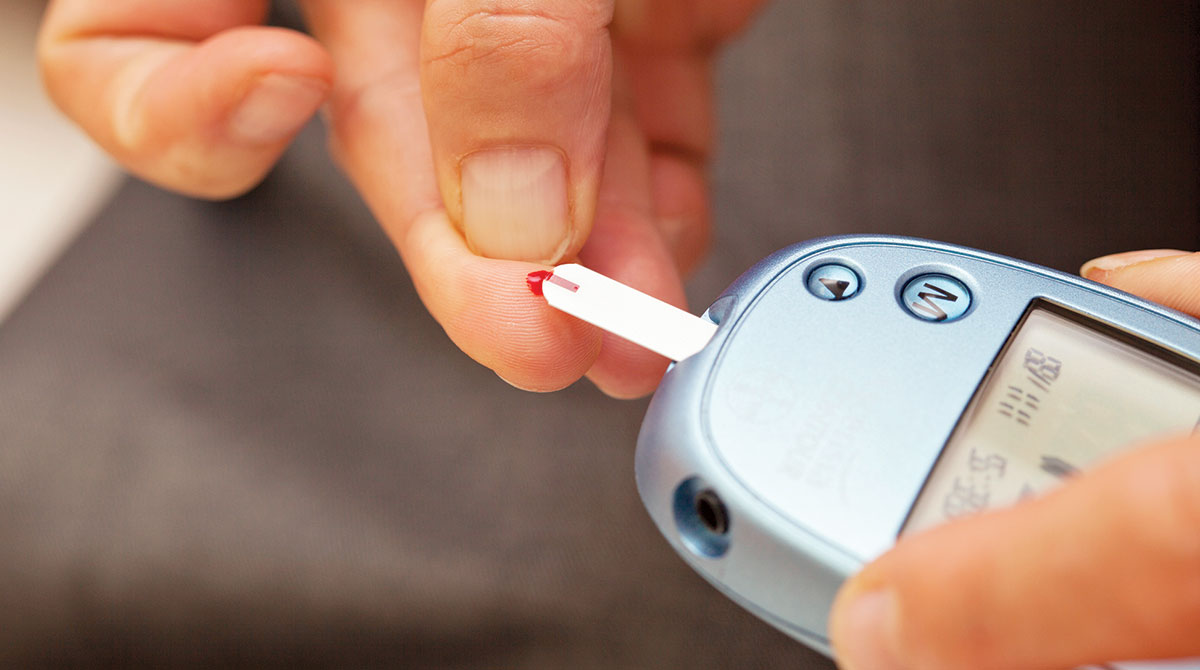 Type-1 diabetes (T1D) –or insulin-dependent diabetes– is an autoimmune disorder caused by pancreatic damage, which subsequently fails to produce insulin.  This type of diabetes –usually of juvenile onset– may be caused by a genetic predisposition –disorder in HLA loci– or as result of the immune-mediated destruction of insulin-producing pancreatic β-cells by antigen-specific T-cells.

T1D incidence has increased in the developed countries in the last 40 years, and its treatment requires taking insulin and periodic controls of glucose levels in blood. Medical risks associated with T1D include diabetic retinopathy, diabetic neuropathy, diabetic nephropathy, heart disease and stroke.

Autoantibodies directed against islet autoantigens such as insulin –specifically expressed on the β-islet cells–, GAD 65 –important enzyme for the neurotransmission in the central nervous system and also released in pancreas–, IA-2 –transmembrane protein-tyrosine phosphatase-like proteins autoantigen and good marker for disease progressioon–, and ZnT8 –an islet β-cell secretory granule membrane protein β-cell specific– have important implications in the diagnosis and prediction of T1D.

Both the immune regulation and the immune response are involved in the pathogenesis of T1D. It has been suggested that T1D initiates with inflammatory infiltration by CD4+ and CD8+ T-cells in pancreatic islets, where they interact with β-cell antigens, directly killing β-cells via cell-to-cell contact through a cytotoxic process, or signalling through apoptotic pathways.

Th1 cells exacerbate T1D by production of IFN-γ –with a role in both, destruction of β-cells through STAT-1 pathway, and protection through IRF-1 pathway– and IL-2, which promotes survival of Tregs. Th2 cells produce IL-4 –which prevent the onset of T1D–, but appear to cooperate with Th1 in driving β-islet-cell destruction, leading to hyperglycaemia.

It has been showed that autoreactive CD8+ T-cells –initially activated by IL-21–, kill β-cells and contribute to the development of T1D. Although B cells are necessary in the islets to promote survival of activated CD8+ T-cells accelerating disease progression, they are not essential but might contribute to the development of T1D.

NK cells partake in the initial pro-inflammatory process through the production of cytokines –IFN-γ, TNF-α and GM-CSF, IL-5, IL-10, IL-13– and chemokines like MIP-1α.

DCs –a major subset of APCs–, seem to have a critical role in the pathogenesis of T1D through cytokines production; they are able to modulate the development of T-cells into autoreactive Th1 lymphocytes or immunosuppressive Th2 cells. While TNF-α plays a significant role in the initiation of T1D, IL-1 leads to β-cell dysfunction and destruction by apoptosis.

Amongst the therapeutic strategies, anti-CD3 mAbs –which alleviate the decline in insulin production and improve the metabolic control– and haematopoietic stem cell transplantation seems to be the most effective. Mesenchymal stem cells –that can minimize β-cell damage by providing survival signals, and modulate the immune response inhibiting activation, and proliferation of immune cells– are potential new therapy for T1D. In addition, γ-aminobutyric acid could activate PI3-K/Akt-dependent growth and survival pathways, preserving β-cells and prevent the development of T1D.

Type-2 diabetes (T2D) –or non-insulin-dependent diabetes– is a milder and most common form with an onset later in life, accounting for 95% of cases in adults, in which the pancreas is able to produce some insulin, but either the amount produced is not enough or the cells –primarily in fat tissue, liver and muscle cells– are resistant to it. It can cause health complications in kidneys, eyes, and nerves, increasing the risk of stroke and heart disease, and obese people are at high risk of developing T2D and related medical problems.

T2D can be easily controlled with a change of life style –including nutrition and exercise–, but tends to progress and eventually, medication is needed.

T2D has been linked to brain aging, functional decline and increase risk for dementia and Alzheimer’s disease, with glycemic variability, insulin resistance and damage in cerebral vasculature in the brain as potential mechanisms underlying brain damage and cognitive decline, depression, and disability. Insulin may play a key role in promising treatments for cognitive impairment and Alzheimer’s disease, and in modulating behavioural reward responses dopamine-mediated.

Dyslipidemia or HL, IR, and HI are metabolic abnormalities that pave the way for diabetes, although it is no clear the sequence of appearance, basic to optimize preventive treatment.

If T2D is caused by ß-cell failure, adding exogenous insulin or further stimulate its secretion in response to increase of glucose, as is the actual practice, would be the right intervention; if the reason is ß-cell abuse exceeding the maximum secretory capacity, diminishing HI would be a better treatment.

Currently, IR is considered to be the cause of T2D, so treatments are focused on normalizing the glucose and relieving the stress on the ß-cells. However, studies show that HI can cause IR through insulin-induced receptor down-regulation, while insulin induces lipogenesis and increases lipid metabolites, which is known to cause IR. Accordingly, HI can precede IR. And if HI is the cause of IR, stimulating insulin secretion to overcome resistance may further damage ß-cells function and exacerbate IR, speeding the onset of permanent insulin insufficiency.

Epigenetics changes to the DNA are other factors that may contribute to the pathogenesis of T2D and its complications.

Gestational diabetes (GD) –which must be controlled to protect the baby’s growth and development–, is often diagnosed in middle or late pregnancy in approximately 14% of cases, and it is a growing public health problem associated with perinatal complications –higher risk of pre-eclampsia and caesarean section in women; complications such as macrosomia, shoulder dystocia, hyperinsulinemia, hypoglycemia, and hyperbilirubinemia in children–, and increase risk in both mothers (30%) and children (70%) for developing metabolic diseases in the future.

Early diagnose and management of GD –the current gold standard for diagnosis is the oral glucose tolerance test performed between weeks 24-28 of pregnancy– maybe the best way to manage and prevent pregnancy complications.

Epigenetic mechanisms including SNPs, DNA methylation, and miRNAs –all impacted by ethnicity and environmental factors– have been studied in order to assess their use as molecular biomarkers for GD and as a possible strategy to prevent adverse consequences.

Screening studies with specific SNPs in TCF7L2 gene, –one of the most important T2D susceptibility genes involved in Wnt signalling pathway that regulates glucose homeostasis–, ADIPOQ gene –that regulates glucose and lipid metabolism–, MTNR1B –one of the receptors for melatonin, insulin signaling, and glucose metabolism–, GCK and GCKR –which play critical roles in glucose processing in the liver–, show their association with GD or increase risk of GD in different populations.

DNA methylation –a reversible process catalyzed by the enzyme DNMT–, is generally associated with transcriptional repression and gene silencing, and has also been associated with T2D and GD. It has been shown that the DNA methylation changes that occur during pregnancy are reflected in whole blood –and possibly mediate the long-lasting effects in the offspring–, showing different methylation in IL-6 and IL-10, key pro-inflammatory and anti-inflammatory cytokines. CpG sites may prove useful as predictive biomarkers for GDM.

miRNAs regulate gene expression through post-transcriptional mechanisms inducing gene silencing through translational repression or mRNA degradation, and control many biological processes including cell proliferation, differentiation, apoptosis, and development, but also regulate genes involved in metabolic processes such as glucose homeostasis, insulin signaling, pancreatic beta-cell function, lipid metabolism, and inflammation. miRNAs are important metabolic and developmental regulators during pregnancy, and studies show that more than 600 miRNAs expressed in the placenta –released into maternal circulation– are dysregulated during pregnancy and GD. Research shows again that several miRNAs are altered in women with GD in different populations, finding some of them downregulated in Chinese and South African women, but not altered in Caucasians.

Other Forms of Diabetes and future research

In some cases, diseases of the pancreas, infections, or certain surgeries and medications can cause rare kinds of diabetes, which account for 1% to 5% of all cases of diabetes.

Xanthones –inhibitors of α-glucosidase activity, which plays a role in the carbohydrate metabolism–, are attractive therapeutic targets for treatment of diabetes and diabetic complications.

A new strategy to strengthen specialist training of doctors in Ireland 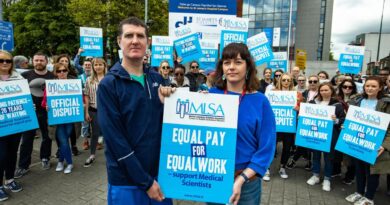 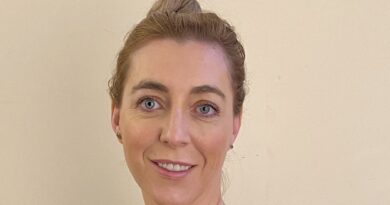